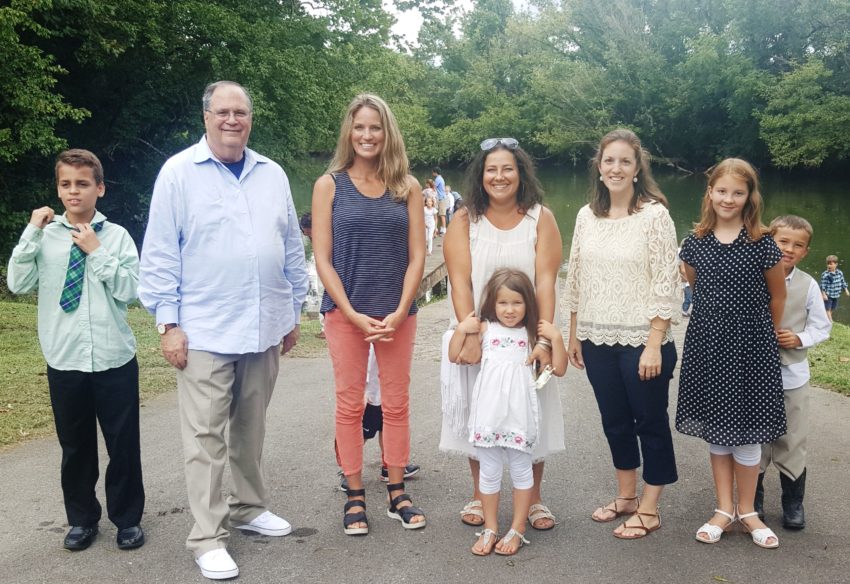 On a recent Sunday night, the sounding of ram’s horns reverberated through the Holston Hills and Rivershore Estates area. It hailed from the Shomair Yisrael Synagogue. The new neighbors at 3811 Boyd’s Bridge Pike in East Knoxville that was formerly the home of Bethel AME Zion Church. The Messianic Jewish Congregation was celebrating Rosh Hashanah, which is the beginning of the Jewish New Year.

The celebration began Sunday evening, Sept. 9th with a service that included traditional sweet snacks for a sweet year, and the Shofar (or sounding) of ram’s horns; which is similar to December 31st New Year’s Eve traditions.

The bible reference is ‘the day of the shout’ and of sounding trumpets according to Rabbi H. Michael Weiner. Blowing ram’s horns reflect the ram whose horns were caught in the thicket. Abraham was instructed by God to sacrifice the ram in place of his son Isaac.

The celebration of Rosh Hashanah continued the next morning in service at the synagogue followed by the Tashlich (you will send) in Holston Park at the river.

Rabbi Weiner explained Tashlich ritual uses leavened bread to represent pride/puffed-up that is the root of all sin. Leavened bread does not sink but absorbs water, puffs-up and disintegrates/breaks down as it floats away. This is symbolic of Jesus, who takes away/forgives sin. The Tashlich is similar to making New Year’s resolutions – a fresh start.

“On Rosh Hashanah, we are memorializing something that hasn’t happened yet,” said Rabbi Weiner, “and that is Christ’s Coronation in the second coming.”