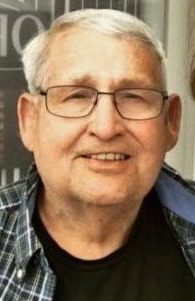 A Talk with Indya Kincannon

When Indya Kincannon and I agreed to meet for breakfast at the venerable Rankin Restaurant (2200 N. Central Ave), to discuss her upcoming campaign to become Knoxville’s next mayor, the date was still nearly a month away. My calendar was fairly clear, but Indya stays busy. In my years of following local politics, I have not missed the one thing winners have in common: they are always on the move.

Breakfast at Rankin Restaurant, where I first ate in 1969 while working up the street at the Knoxville Ambulance Service, has not changed a lot over more than four decades. It’s a gathering place for locals where good food is served and the atmosphere is casual and comfortable.

It was my first meeting with Kincannon in the flesh, but we had connected online when she was a member of the Knox County School Board; I had written a column protesting what I saw as attempted parental censorship in the Knox County Magnet Stem Schools curriculum for advanced studies. Kincannon stood firmly on the side of academic freedom.

When I asked the candidate at this recent meeting if there was a particular event that compelled her to enter politics, her answer was simple: “I saw a problem and an opportunity. Parents in my neighborhood, of the 4th and Gill area, lack confidence in our public schools. Neighbors with children approaching school age were either looking at private schools or considering moving away.

“I learned there was about to be a vacancy on the school board. It was the late summer of 2003 and I had a newborn baby and a two-year-old, but I decided that the policy, budget, and educational elements of the job fit my background and interests, so I decided to take a shot at it.”

In a five-way 2004 primary race, Kincannon came in second, then won the general election six months later. Those who understand the clannishness of many Knoxville voters will know that it was no small feat for a relative newcomer to the area, and also female, to win an election. She was reelected in 2008 and 2012, and her fellow board members elected her chairman for three consecutive years.

Kincannon has been married for 23 years to her college sweetheart, Ben Barton, who hails from New York; Kincannon is from Virginia. The couple moved to Knoxville in 2001 when Barton was offered a job as a law professor at the University of Tennessee. Their two daughters, Georgia and Dahlia, ages 15 and 17, were born and raised in Knoxville, their parents’ chosen home. In 2014, Kincannon and her family spent a year in Slovenia on a fellowship awarded to Barton.

Kincannon reminds me of another previous candidate by the name of Madeline Rogero, and not because they are both women. Rogero was first elected to the Knox County Commission in a district where political insiders said she couldn’t possibly win. Rogero, of course, went on to become Knoxville’s current mayor.

I see the same fire and determination in Kincannon that I saw in Rogero. They both are relentless campaigners, participating in local events and talking to potential voters. Some are still naive enough to believe that shoe leather and determination mean more than money in a political campaign, and Kincannon is one of them.

I predict that you will be hearing a lot about Kincannon in the coming months.

David Hunter is a freelance writer and a former Knox County Sheriff’s Deputy. He may be reached at davidhunter333@comcast.net.