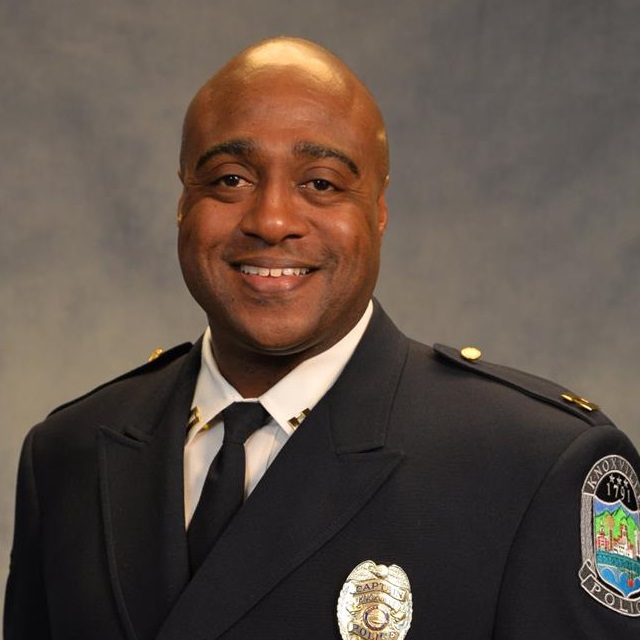 By Patricia Williams
One of Knoxville’s own, Capt. Ronald Green was promoted to Deputy Chief of the Knoxville Police Dept. by City Mayor Madeline Rogero, and newly appointed KPD Chief Eve Thomas. Deputy Chief Green is a Knoxville native and a 1988 graduate of Farragut High School. He is the second African-American in the city’s history to achieve this rank and is the fourth member of Class 93A to achieve the rank of Deputy Chief. (Nate Allen was the first African-American to be appointed to Deputy Police Chief in 2014. He was appointed by Mayor Rogero and then-Chief David Rausch in 2014.)

Deputy Chief Green began his 25-year career with KPD in 1993 in Patrol. He was promoted to Sergeant in 1998, Lieutenant in 2005, and Captain in 2014. During his tenure, Deputy Chief Green was a member of the Motor Unit, the Traffic Services Coordinator, and the Patrol Support Commander before being assigned as the East District Commander.

The promotion ceremony for Chief Green to Deputy Chief, and for Eve Thomas to Chief of Police was recently at the Knoxville Civic Coliseum.